So you’re probably wondering.. what could this blog be about? It is about BJ and his running buddy Marquise. On Sunday, July 8th 2007, BJ and Marquise attended the UNC of Greensboro’s Summer Music Camp.

In the photo below you see them just styling and doing their thing. 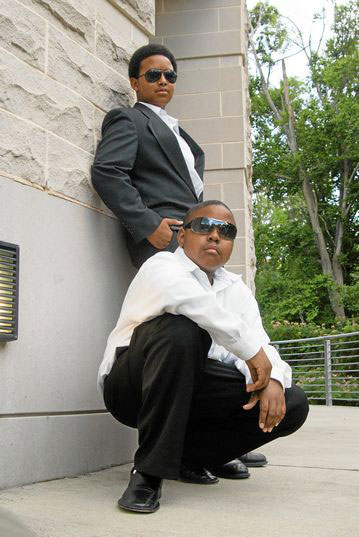 Both of them got a taste of what it is like to rely on themselves.
Not only did they have their own money but they also had their own dorm room. They were responsible for taking their showers, waking up on time, making sure they ate and went to bed at a decent time. They stayed at the camp from Sunday at 4:30 p.m. until Friday when we left around 8:30 p.m. On the first night, Sunday, BJ went through a little shell shock because he didn’t have TV therefore no video games.

He called me to say good night and he sounded a little sad. On Monday he called and said HI YALL… on the answering machine.. then hung up. And guess what.. after that we didn’t hear a THANG from BJ… not until Friday when I was in the dorm lobby waiting to pick him up. I guess the whole homesick feeling left kind of quick. Anywayyyyyyy, BJ had a great time and having his buddy Marquise with him just made it extra fun.

In this picture BJ is chilling in the lobby. We were waiting on Marquise’s parents to arrive. 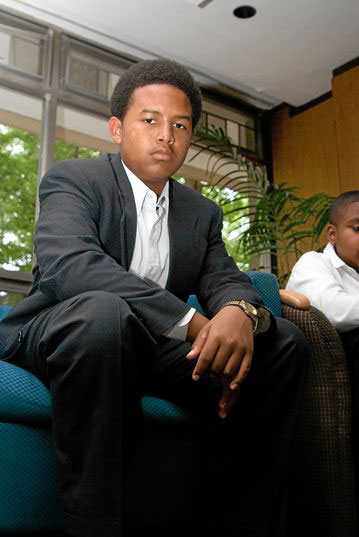 Now you have to hear (read) this. How about …. when I was taking the picture of BJ and Marquise there was one kid that said.. hey dude… don’t take any more pictures… that has got to be the brightest light I’ve ever seen. As you can imagine, this didn’t sit well with me. As a child, I wouldn’t dare say that to an adult. It was a quick reminder to me that all children are not raised the same and some parenting styles are a lot more relaxed to say the least…. I politely turned around and said… I can take as many pictures of my children as I want. This is a free country and as long as I’m not trying to take a picture that includes you then this doesn’t have anything to do with you. (That was as nice as I could be considering the circumstances) The teenager apologized.. he said that he didn’t mean to offend me. So that was that.. moving on…

Below are BJ and Marquise relaxing.

There were 80 musicians in the piano camp and not everyone had the chance to play. I was quite surprised when I learned that everyone had to sing in the choir.. go figure.. it was a P I A N O camp… However, BJ and Marquise wanted to stay and sing and so I was okay with it.

After the concert, we went outside to take a few more photos. This is one that I snapped of the boys just doing their thing… which is being two cool cats… 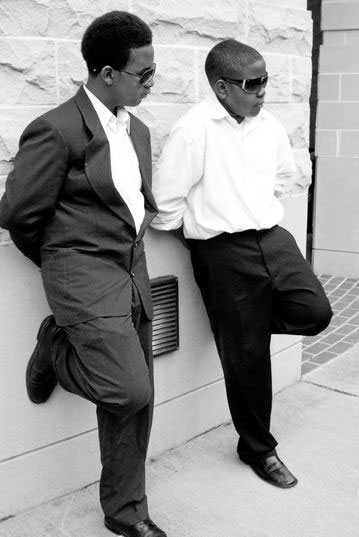 By the way, if you haven’t seen BJ and Marquise play the watch the video below.

If you have known me for any length of time then you know that I don’t take just 4 or 5 pictures… THERE ARE MORE PHOTOS FOR YOU TO VIEW! If you want to see the entire gallery then Click Here To View All Of The UNCG Summer Music Camp Pictures