I had the privilege of capturing a few photographs of Minister Robinson.Â  She requested a few head shots. During the entire shoot she was very easy to work with and she arrived on the set with makeup and clothing ready to go.Â  Her mom accompanied her and was the final authority on which pictures were kept and which had to be deleted.Â Â 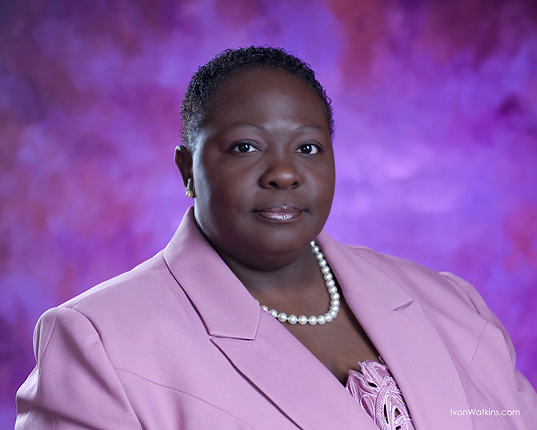 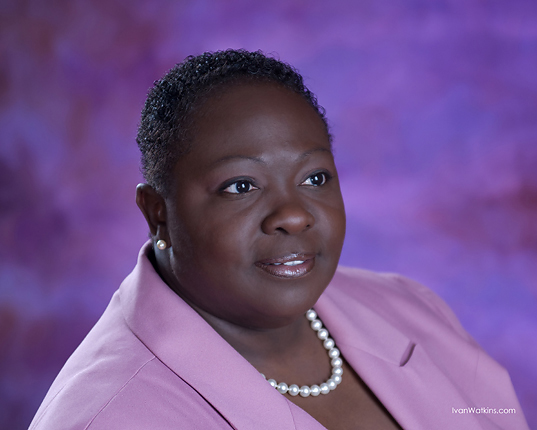 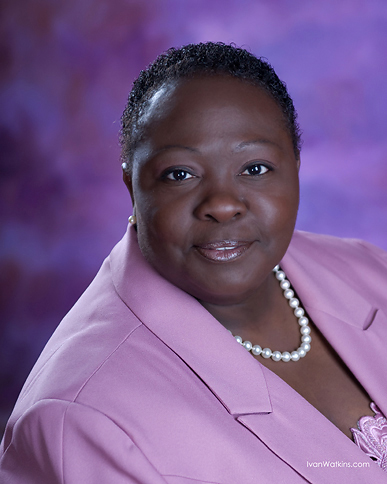 Visit www.ivanwatkins.com for all of your photographic needs.

I had the chance to work with Alicia in a collaborative effort to help expand both of our portfolios. She enjoys modeling and is a junior at North Carolina Central University majoring in finance. It took us probably over a month to eventually settle on a good day for the shoot. At times things came up on my end and I had to cancel and at other times something came up on her end. Eventually, we were able to confirm that Saturday would work out just fine. The location that we chose was Duke Gardens because it has several diverse places and you can find a spot without a lot of people messing up the shot. With that being said, we did have some nosey onlookers watching the shoot for a few minutes. 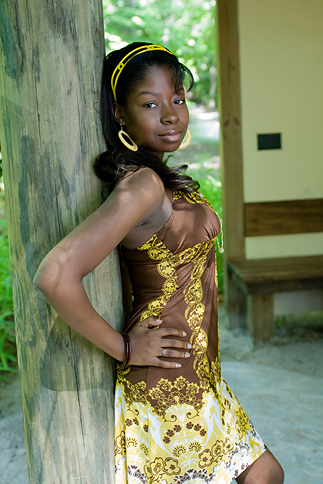 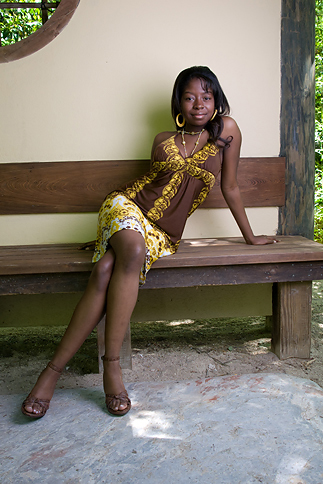 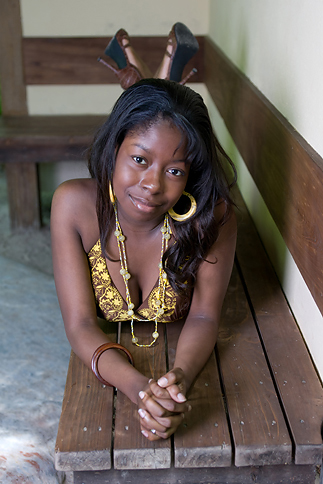 During the shoot there were several surprises. At one point she was in the middle of striking a pose and the next thing I know she made a shrieking sound and then jumped down off the bench. Well it turns out that she really doesn’t like bugs and there was a daddy long legs crawling towards her. I put down the camera, caught the daddy long legs and threw it through the bamboo window. She looked at me and said ewwwwwwww I can’t believe you just touched that! Well yah know, I gotta get my shot even if that means ditching the bugs in a quick manner. We laughed, she got her nerves back and once I made sure that there were no more bugs then we continued with the shoot. 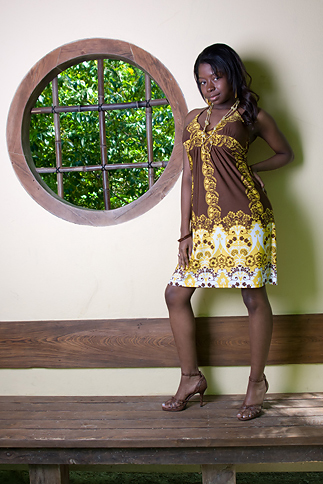 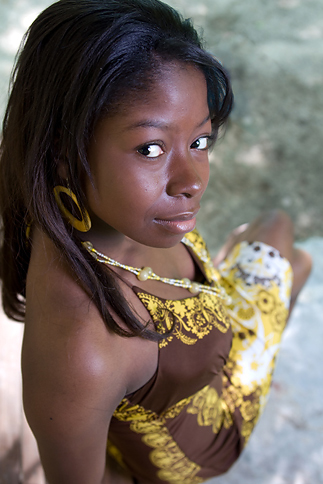 You can’t tell from the picture below but the shot is from the other side of the wall with the bamboo window. Before we went to that side Alica looked at me and said. Didn’t you just throw the spider onto that side of the hut? I reassured her that the daddy long legs was long gone and on top of that I pulled off two of it’s legs by accident when trying to catch it. Everything was setup for the shot below and then we had another surpise. There was an crawling towards her hand and it was about to get into the picture. I attempted to gently brush it from the wall and ended up squashing it by accident. We both looked at each other, then looked back at the crushed ant and lost a few more moments by getting laughs out of our system but at the same time we felt sorry for the ant because it was not my intent to kill it. We then went back to the task at hand which was to make some nice captures. 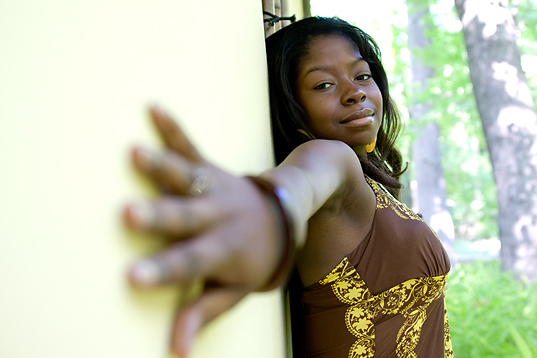 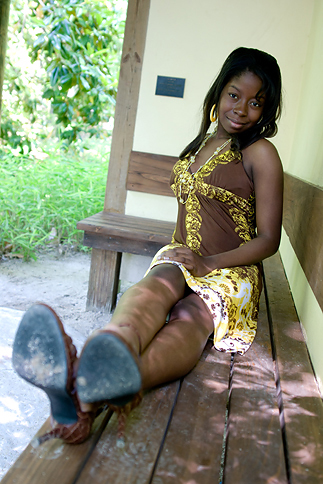 By the time the shoot was over we were both amazed at how fast the time had flown by. Beside the spiders, ants and bugs we had a successful shoot. Before leaving the area we scouted out some potential spots to use for next time.

One thing that surprised me was Alicia’s willingness to help me break down my camera gear. She took down and disassembled the soft box, broke down the light stand, packed them up neatly so that I could get to another obligation that was about 35 minutes out. I’m looking forward to working with her again in the future.

I had the opportunity to meet an energetic young couple that wanted to have memories captured. Their request was to have formal pictures taken as well as fun and playful ones. Carlton is a preacher and was called into the ministry at the tender age of 17. He and Kendra love the Lord and have a zest for life. This was one of the most fun photo shoots as of late. The both of them arrived with the right attitude and were very helpful in helping to fine tune the pictures. 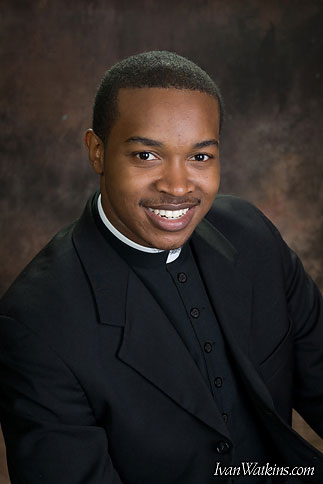 (An in between fun shot capturing the laughter) 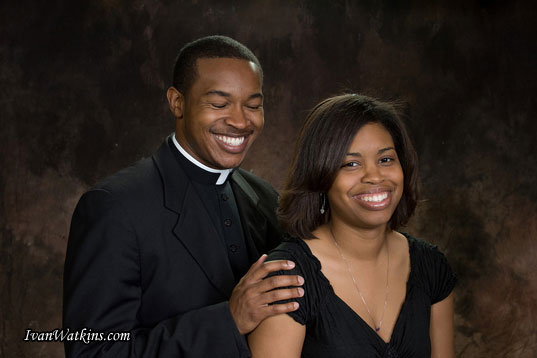 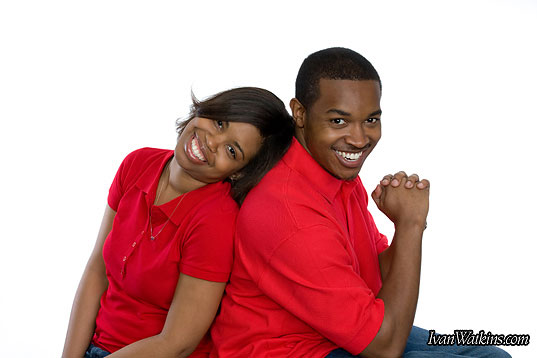 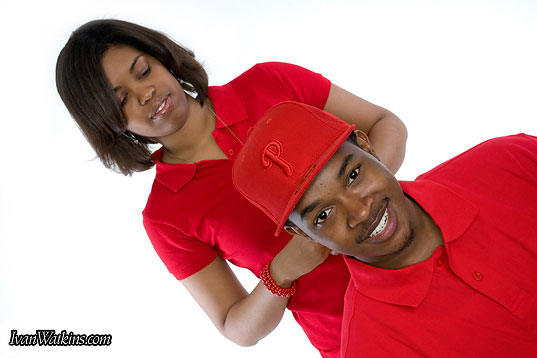 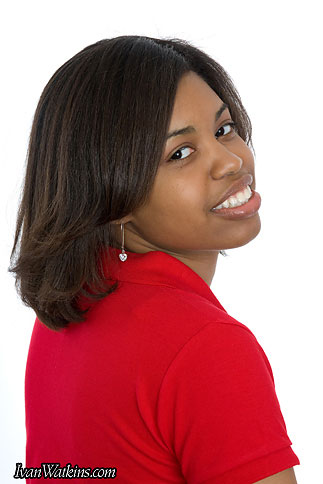 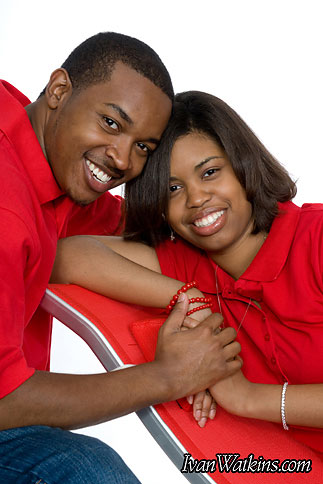 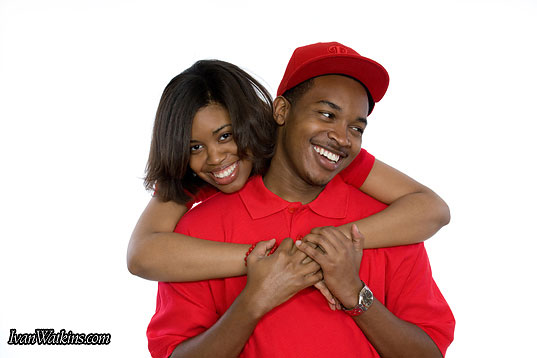 Visit www.ivanwatkins.com for your photographic needs.

My cousin Dr. Maria Small, M.D. presented information on Breast Cancer andÂ the Sister’s Network support group. Unfortunately, I could not attendÂ  to tape her presentation but my Aunt Mary was kind enough to capture this video.Â  You can view the video by clicking on the image below.

Today AJ and Shelby celebrated their major accomplishment of graduating from North Carolina Central University. They hosted a party and had me to come out and take group photos of various people in attendance as well as print and sell them on location. For the pictures, only a single octobox was used to keep the light simple and flexible.

Below are just a few photos which contain pictures of

1) AJ and Shelby with their mom Evangelist Sheila.

2) AJ with his sweet heart

3)Shelby with her big sister. 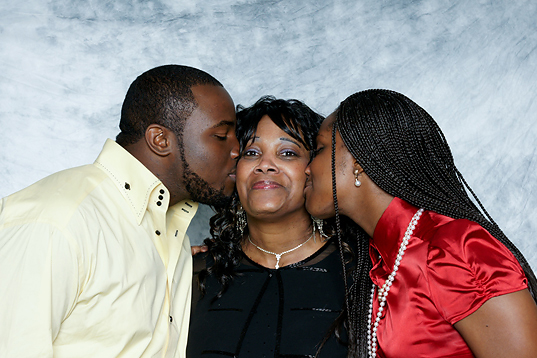 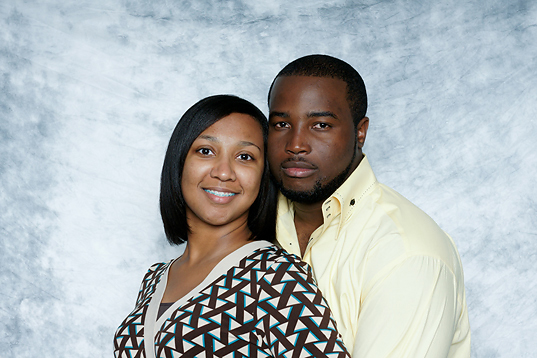 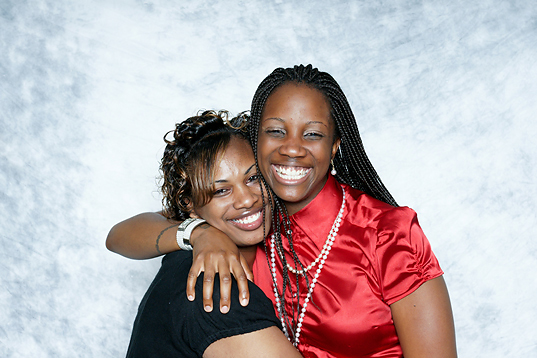 If you would like to host an event and have group pictures captured and printed on location then contact me through www.ivanwatkins.com