On July 12, 2008 my sister Eileen celebrated her 40th birthday. What she didn’t know is that a surprise party was being thrown for her. My sister Benita had told her that she was going to enjoy a nice dinner at P.F. Chang’s. Unbeknowst to her the planning to surprise her began about 2 months earlier. The mastermind behind the surprise was our sister Benita. Everyone was told to be at Benita’s house no later than 5:30 p.m. because Eileen and Fred were due to arrive at 6:00 p.m. to go to dinner. Well at least that is what Eileen thought…

What Eileen didn’t know is that an ambush had been set for her. There were balloons placed on the road which was perpendicular to Benita’s street. People were spread out to welcome Eileen with signs and happy faces as she turned onto the street. In the picture below you will see several people placed along the road with signs in hand waiting to welcome Eileen.

Eileen was in the white jeep in the front and the people holding signs are being pointed to by the arrows. 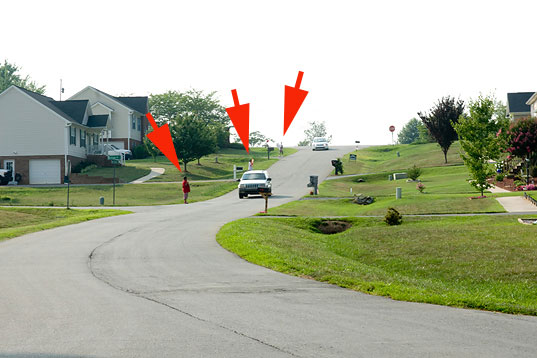 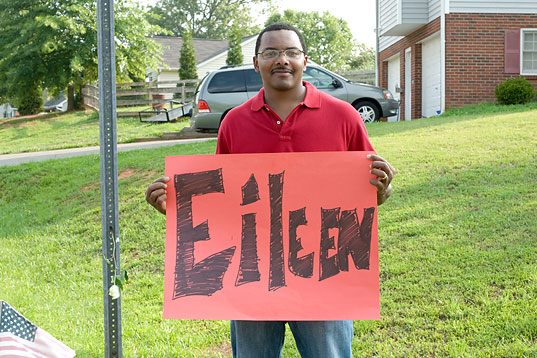 As you can probably imagine, Eileen was quite surprised and I was able to capture this picture of her as she drove past in the jeep. 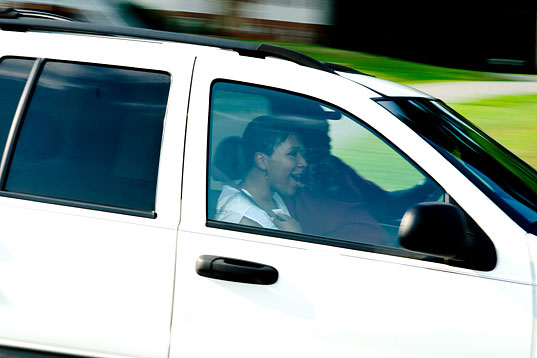 And of course Fred is playing it cool because he’s known all along what was about to take place. As Eileen stepped out the jeep she she was amazed to see how many people had come to welcome her. One of the first people that she hugged was Benita and she realized that she had been hoodwinked and bamboozled. 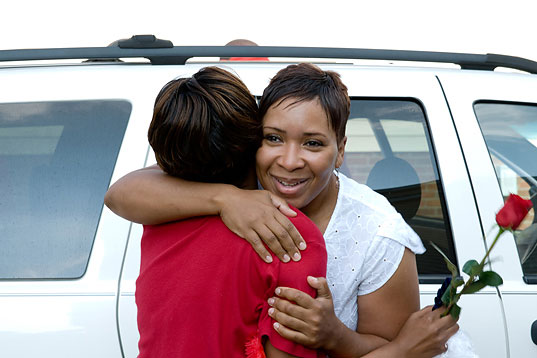 Eileen probably ended up hugging a million people by the time she made it into the house. Eventually she worked her way through the crowd and then we headed for the backyard. Benita had arranged for several people to have a rose along with a card with a character words on it.. such as “loving”, “inspirational”, “caring” etc… I’m not sure what the real words were because I was focused on taking photos so don’t hold me to those. 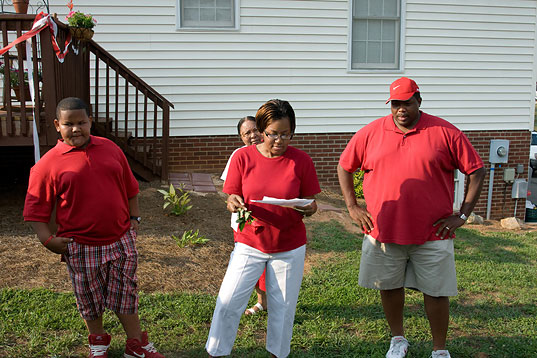 Each person walked up to Eileen, spoke their word as well as anything else they wanted to say and then placed their rose in a vase. Below is a picture of our mom presenting her rose to Eileen. 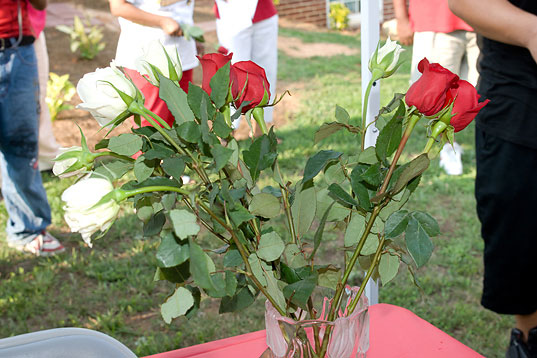 Another part of this party involved a special song from Eileen’s four boys to her. They stood in front of her while the song “mama” by Boys 2 Men played. I’m not going to say that they actually sang but we understood their intent. It was funny because on different parts of the song a different son would step forward, as if he’s singing a solo.. YET none of them actually sang. I think that they were getting choked up and just couldn’t bring themselves to sing because that would have put them over the top.

By the way, Eileen has placed ALL OF THEM ON PUNISHMENT for being in on this suprise party and not letting her know. 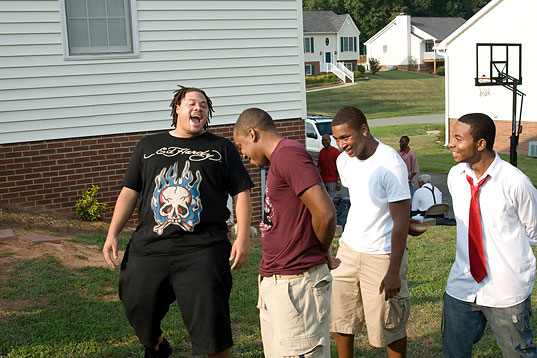 After each person said some words we socialized for a bit and grabbed us a bite to eat. 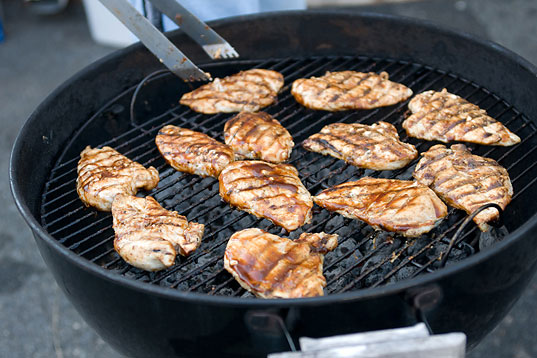 Another surprise lay in wait for Eileen. She didn’t know that Benita had me to put together a video to be a tribute to Eileen’s life. It contains pictures from birth to age 39 and has several guest appearances by various family members. Special thanks to Antonio Davis over at www.viewfindersmedia.com of Winston-Salem for capturing the family members in that part of NC for me.

Below is a picture of Eileen “Rose” Watkins-Rice sitting on the couch and watching the video. 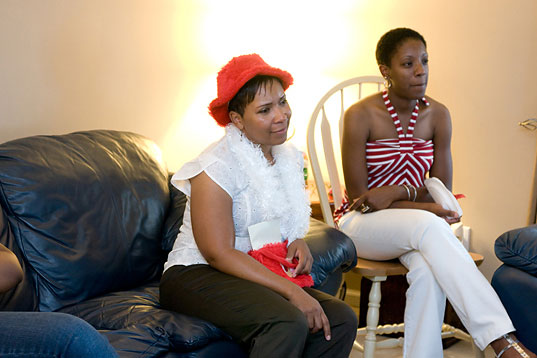 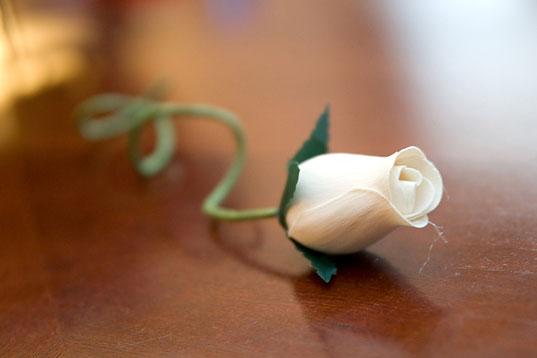 Although the point of the picture below is to capture the sign hanging from the ceiling you will see a faint image of Benita on video talking and singing to Eileen. 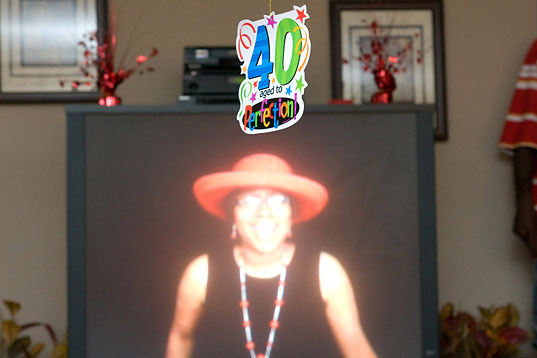 The video was created with music from the 70’s and 80’s. Just a few of the songs included are Double Dutch Bus, Get Off, Planet Rock, Outstanding, Carwash etc… You can view the video by clicking on the image below.

After everyone had the chance to view the video then we took a moment to have a brief toast to Eileen as well as sing happy birthday. 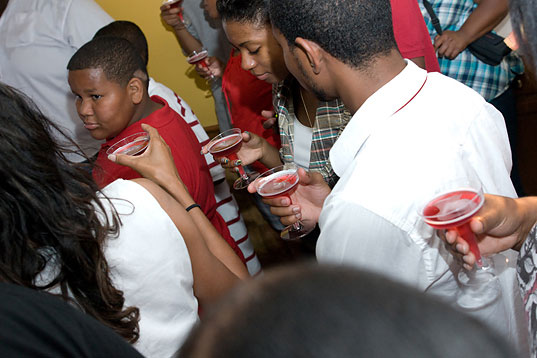 We then headed back outside for a little fun and games which included, a SOUL TRAIN line, some free style dancing and just having a good time. 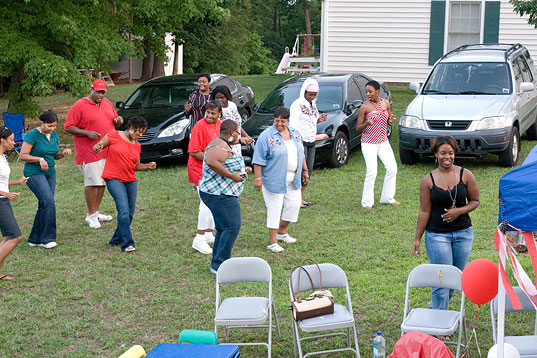 There was a point where Eileen was laughing so hard that she could not stand up. Fred, her husband, had decided to get his “boogie” on and the rest was history. 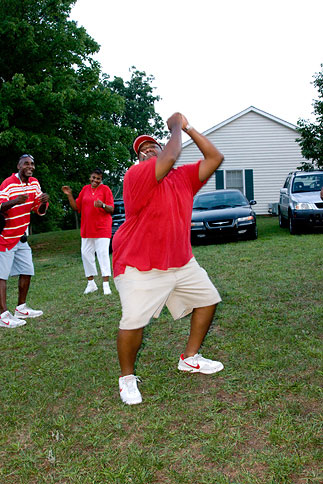 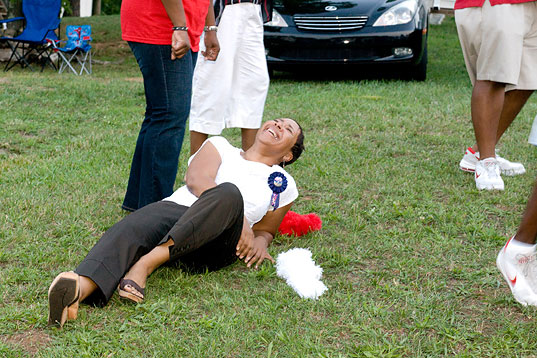 Then Eileen (in red hat) and one of her home girls started to get their soul train boogie on. 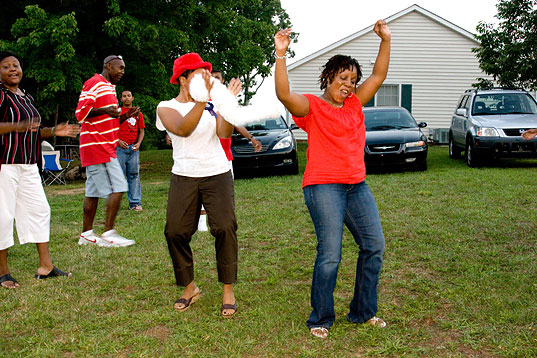 Right before I left to head back to Durham I managed to get everyone to SHUT UP and move into a group so that we could get this shot. Unfortunately I couldn’t be in the shot because I didn’t have a tripod. However, I’m in two of the pictures thanks to Christian and Sharon. 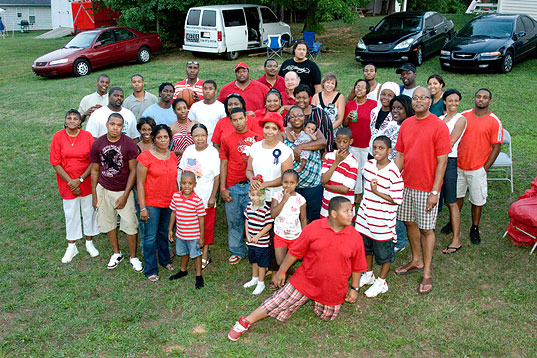 If you know me by now then you understand that I don’t capture just a few moments and put my camera up.

If you want to view the entire celebration, the memories, the fun and the mingling the take some time and visit the full gallery of photographs.

Visit www.ivanwatkins.com for all of your photography and video needs.